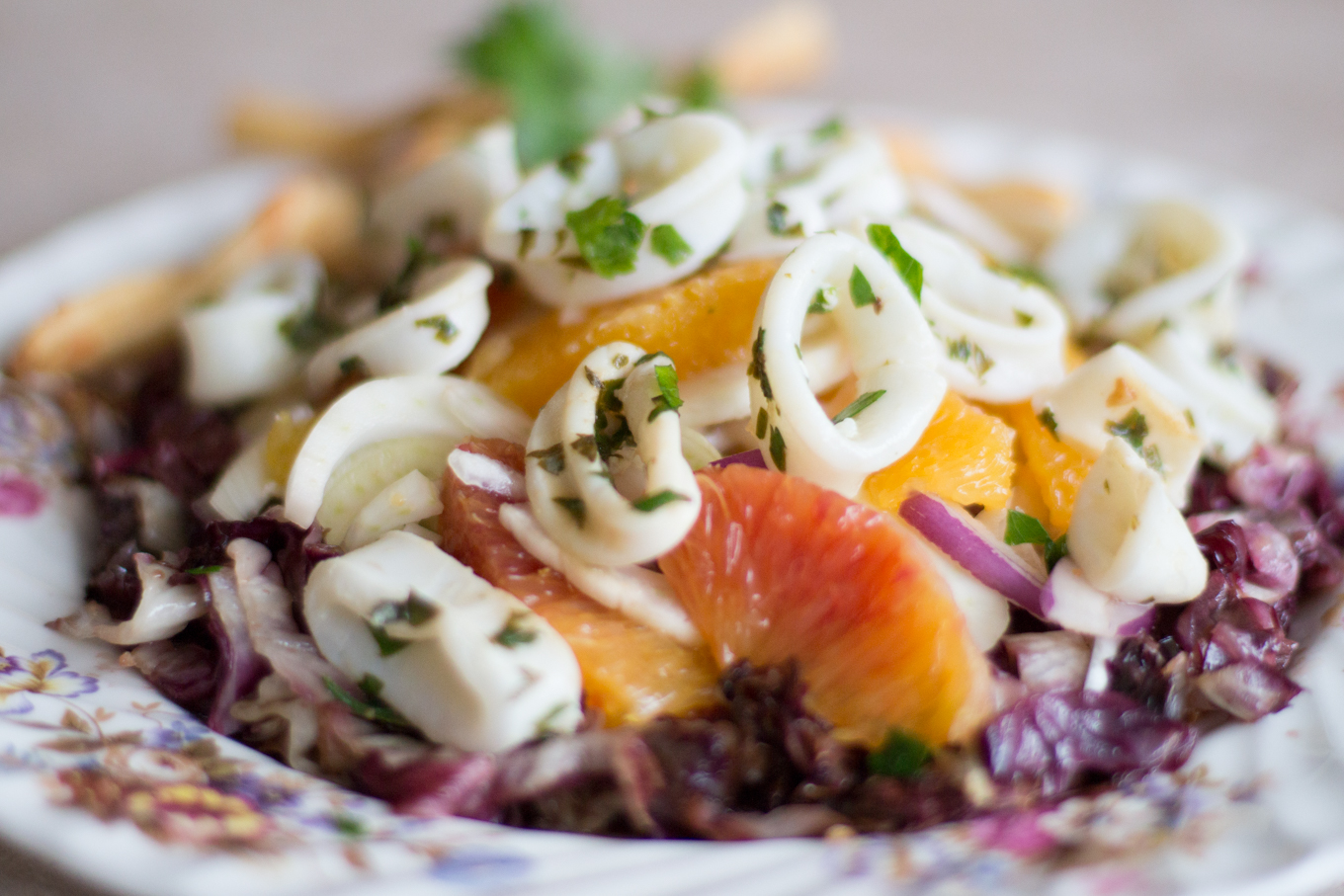 It’s hard to get out of a recipe rut. You’re busy, you know what you can cook well and you stick to those recipes that won’t let you down. Most of the time, that’s totally legit! But considering I have a food blog over here, sometimes that doesn’t cut it for me (or you!). So, a couple of weeks ago, I went to the grocery store hoping to be inspired. I had a whole Sunday afternoon to play in my kitchen and come up with something fun! I left the store with a ton of spring produce and what I thought (hoped) was a pretty good idea; and ended up with a colorful and fresh salad – one that I will definitely make again. 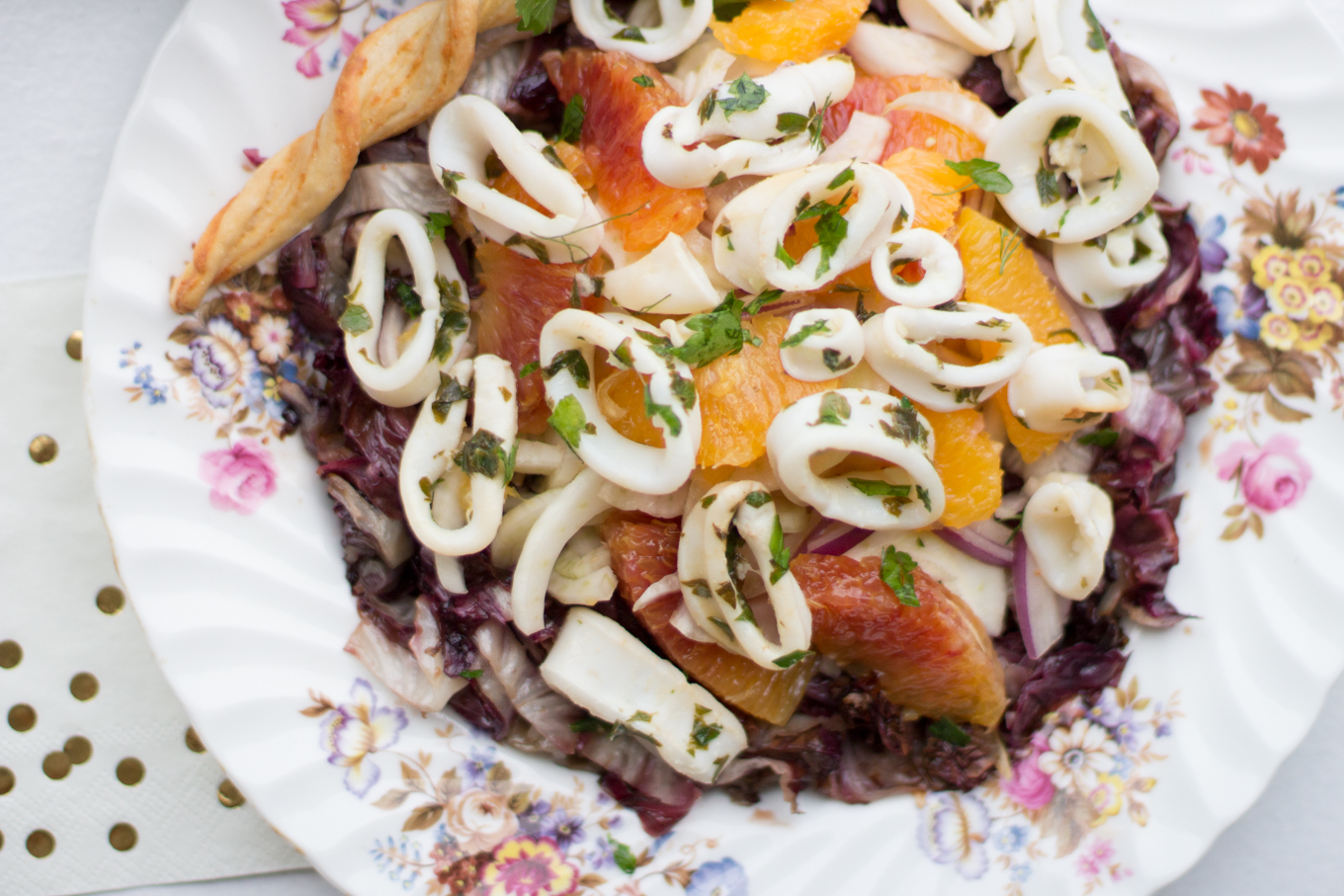 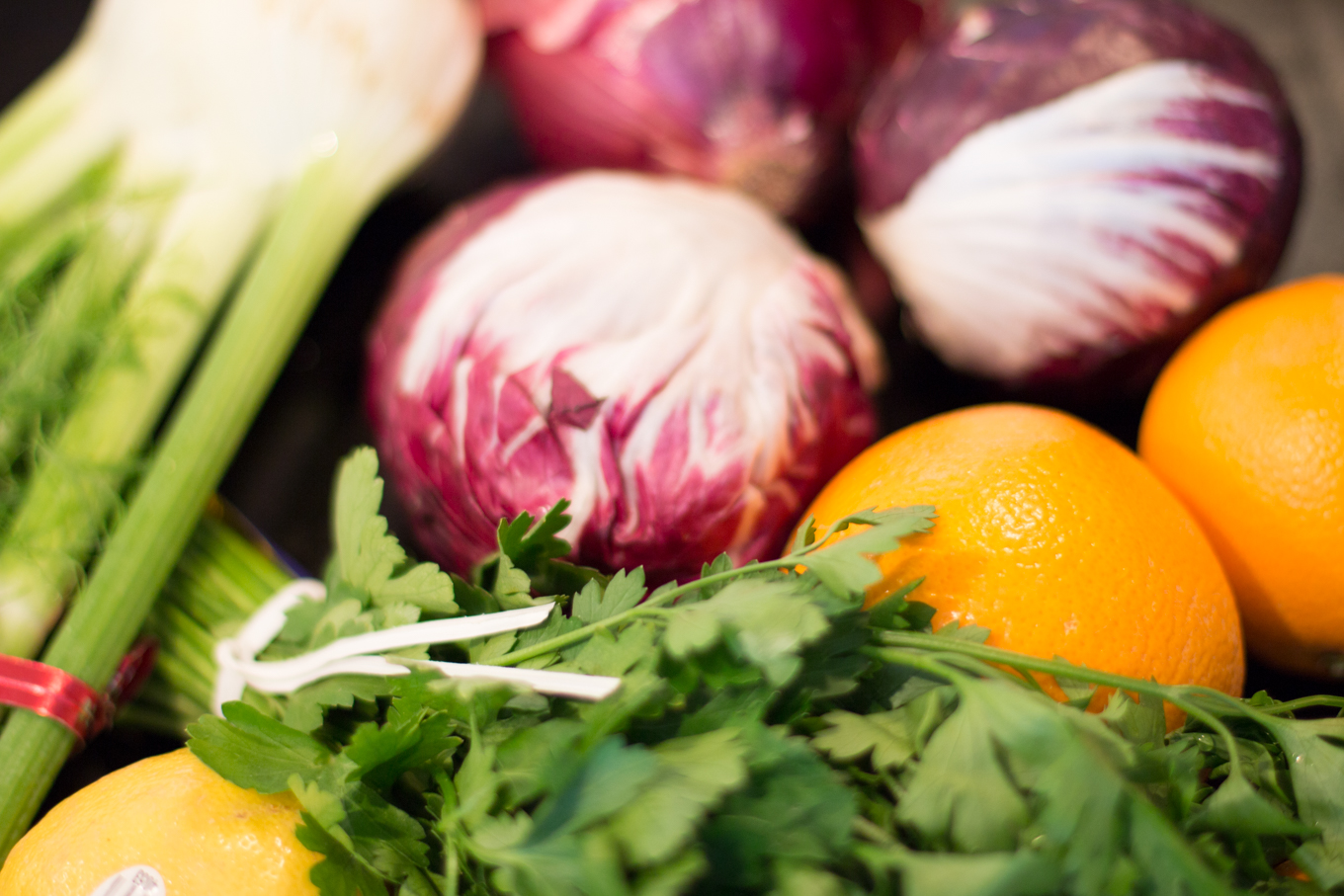 Start by preheating your oven to 400 degrees. Cut the radicchio into quarters lengthwise. Place on a greased pan, drizzle with olive oil, salt and pepper. Roast for about 12 minutes, flipping them about halfway through. 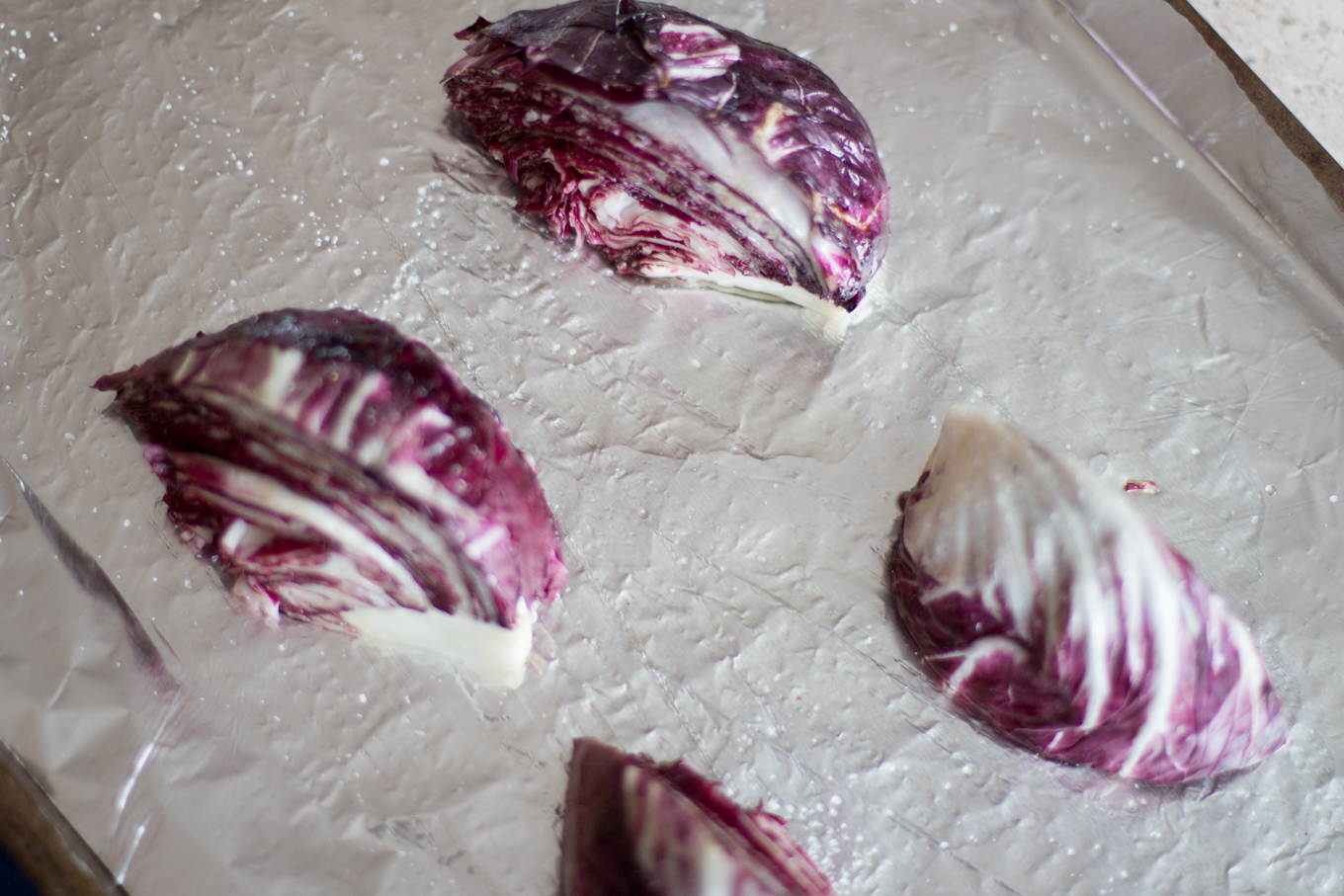 While that’s in the oven, core and thinly slice the fennel bulb. 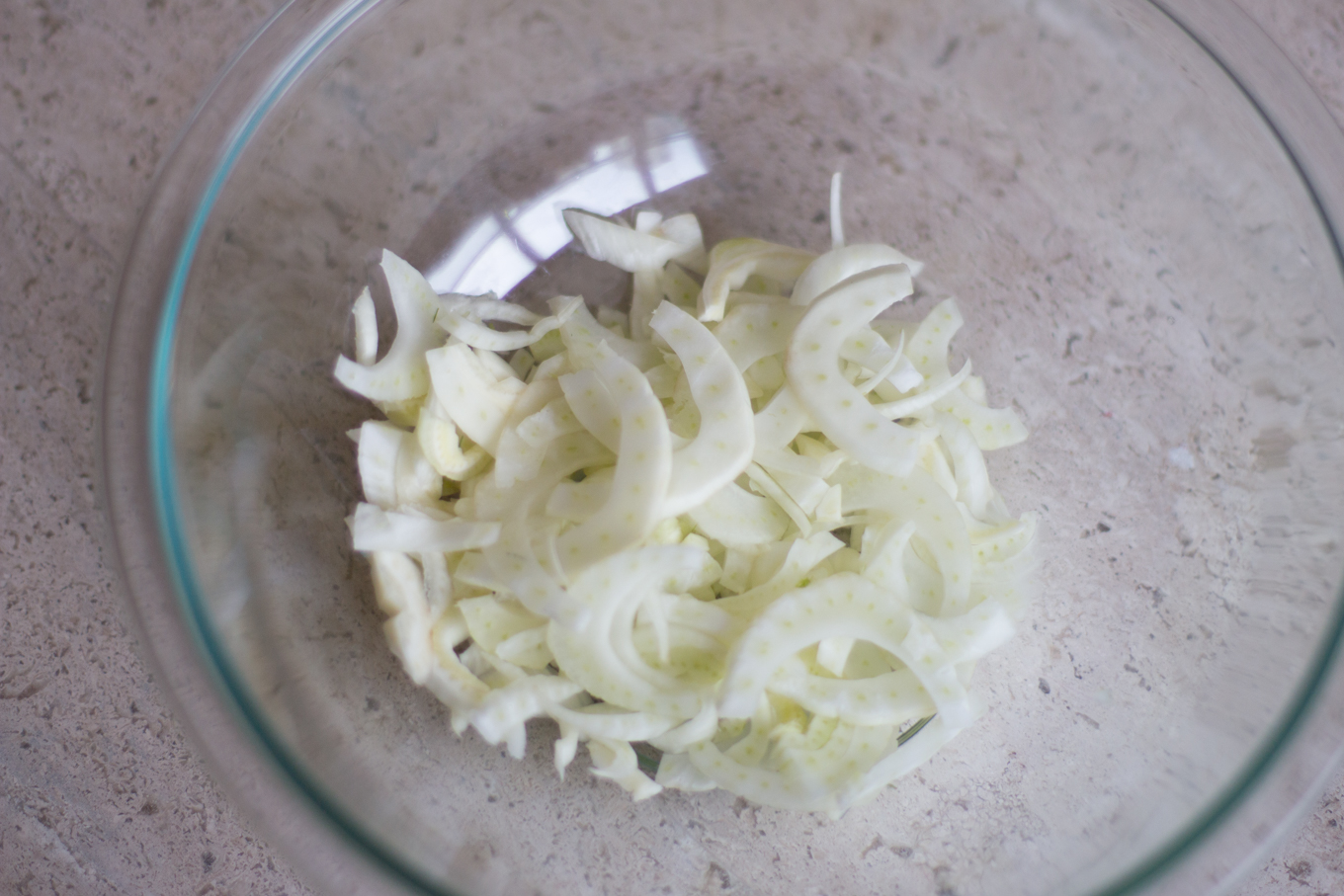 Thinly slice the red onion. As for the oranges, I sliced the peel away and cut the segments out. That way, you don’t get any of the membrane, skin or pith. Also, once you’ve cut the fruit out, squeeze what’s left! This added way more citrus flavor to the dressing. Add about 2 tbsp olive oil and toss to coat. 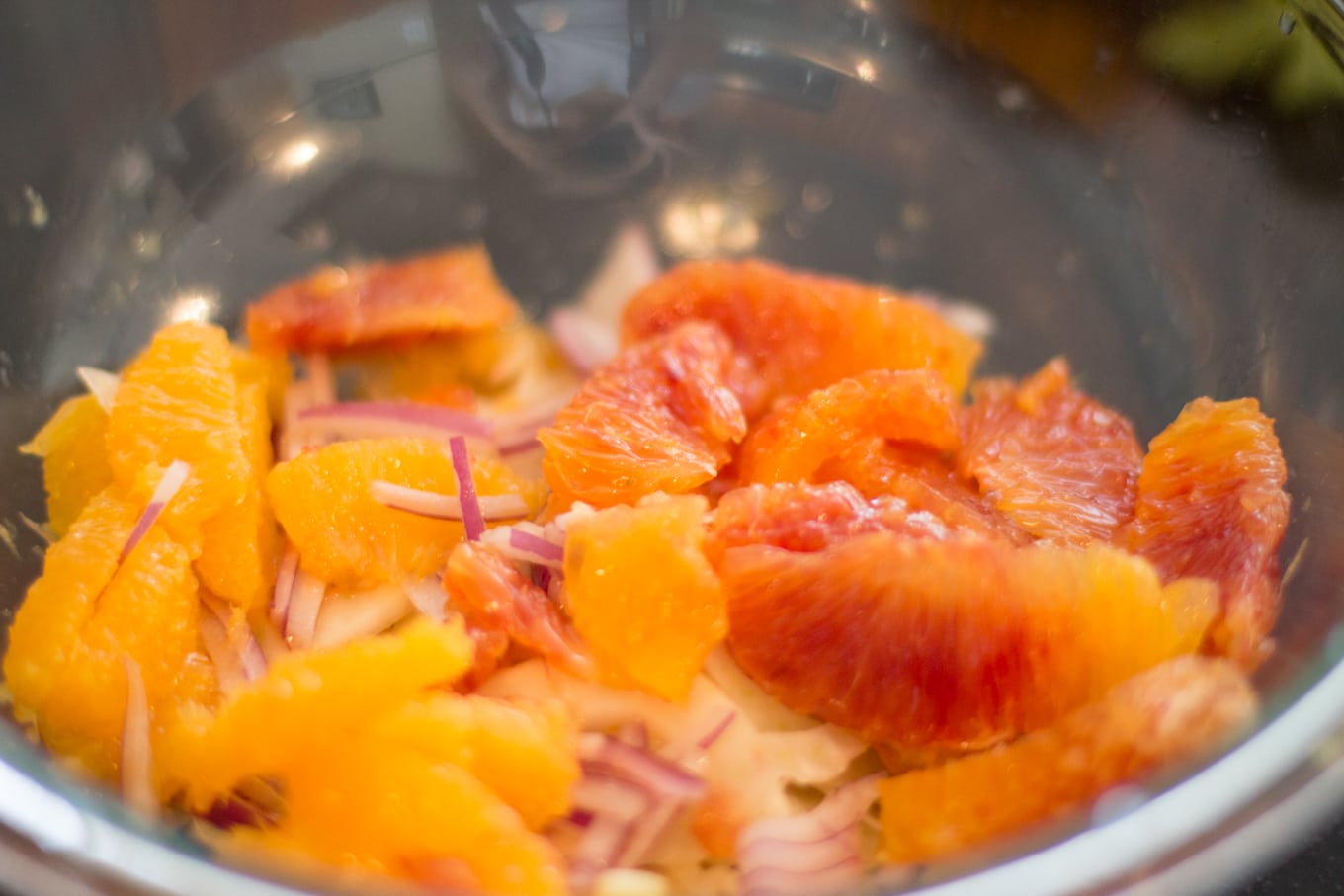 Now let’s move on to the calamari. My grocery story had cleaned squid already, so I just bought the bodies and sliced them into rings. I added them to a bowl with the juice of 1 lemon, 2 tbsp parsley, 1 clove of garlic (minced) and about 2 tbsp olive oil. Saute in a pan over medium heat for about 4 minutes or until the calamari turns white. Remove from heat. 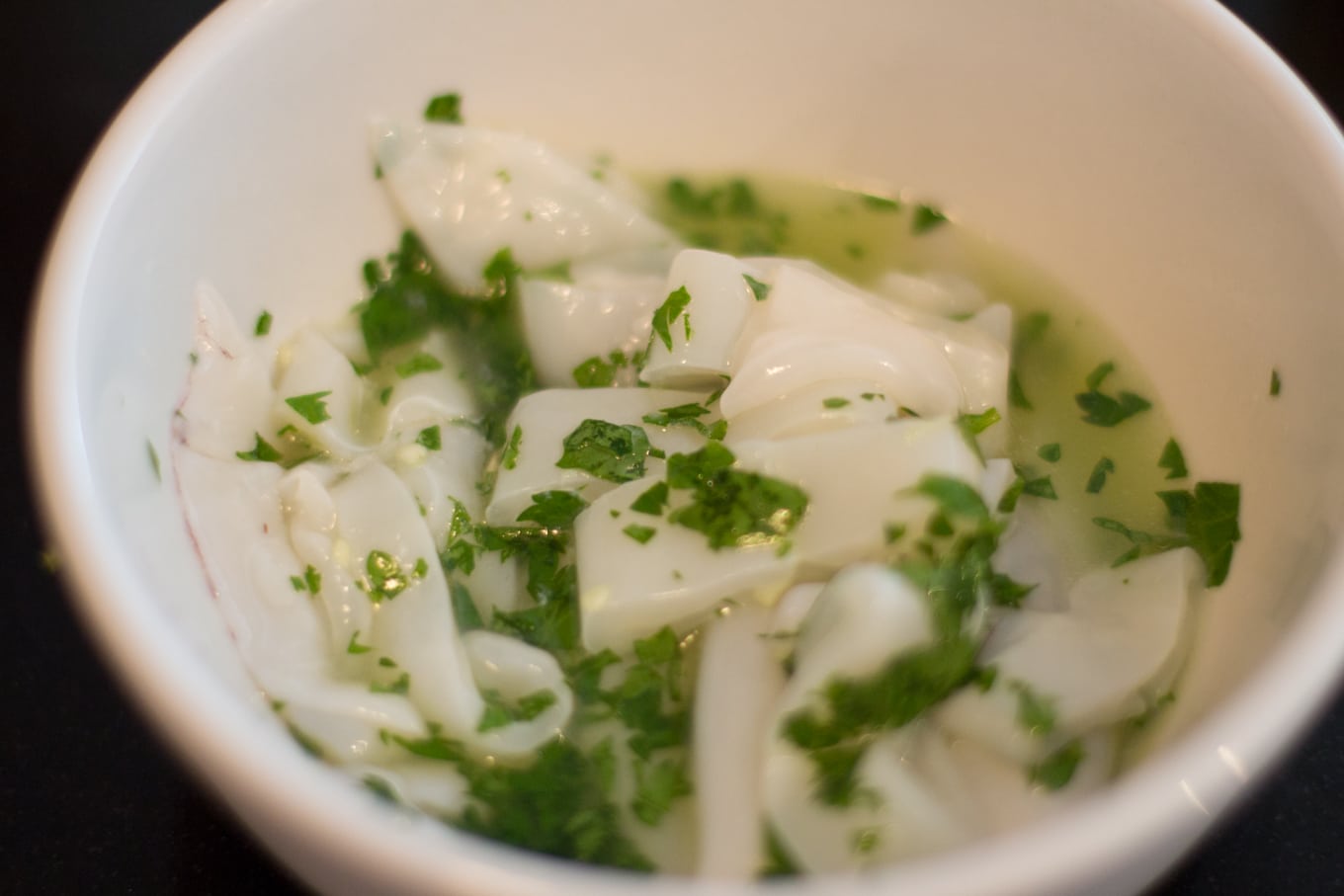 It should also be time to remove the radicchio from the oven. If you’re wondering why I even put it it in the oven, it’s because roasting radicchio really mellows the bitterness and increases the sweetness. As soon as it comes out, drizzle with balsamic vinegar and sprinkle with good sea salt. 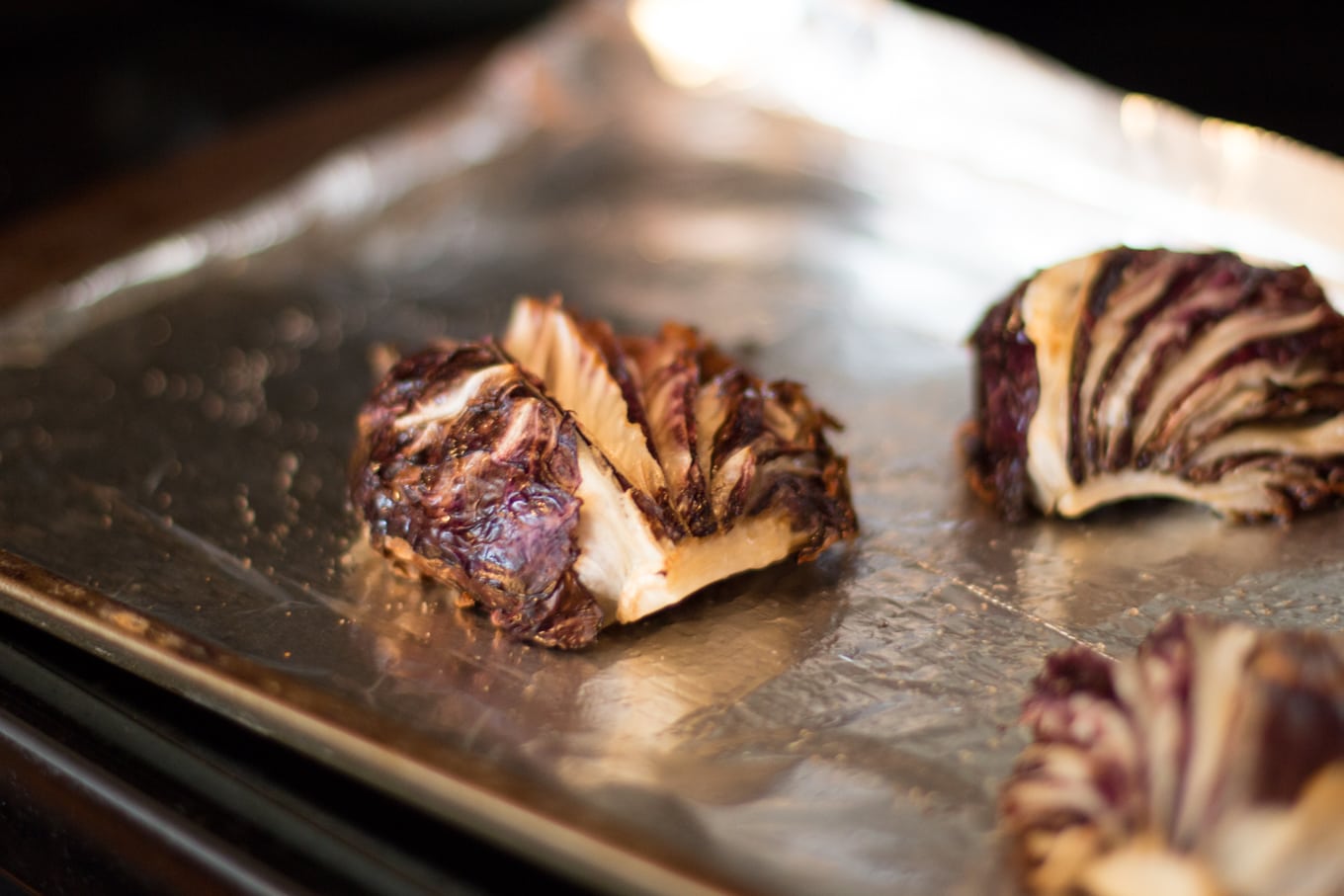 And then it’s time to assemble! I roughly chopped the radicchio and laid that around the bottom of the plate. Then I added the fennel and orange salad, and finally topped it with the calamari rings. You could just toss it all and plate it, but this looks so much prettier, right?! 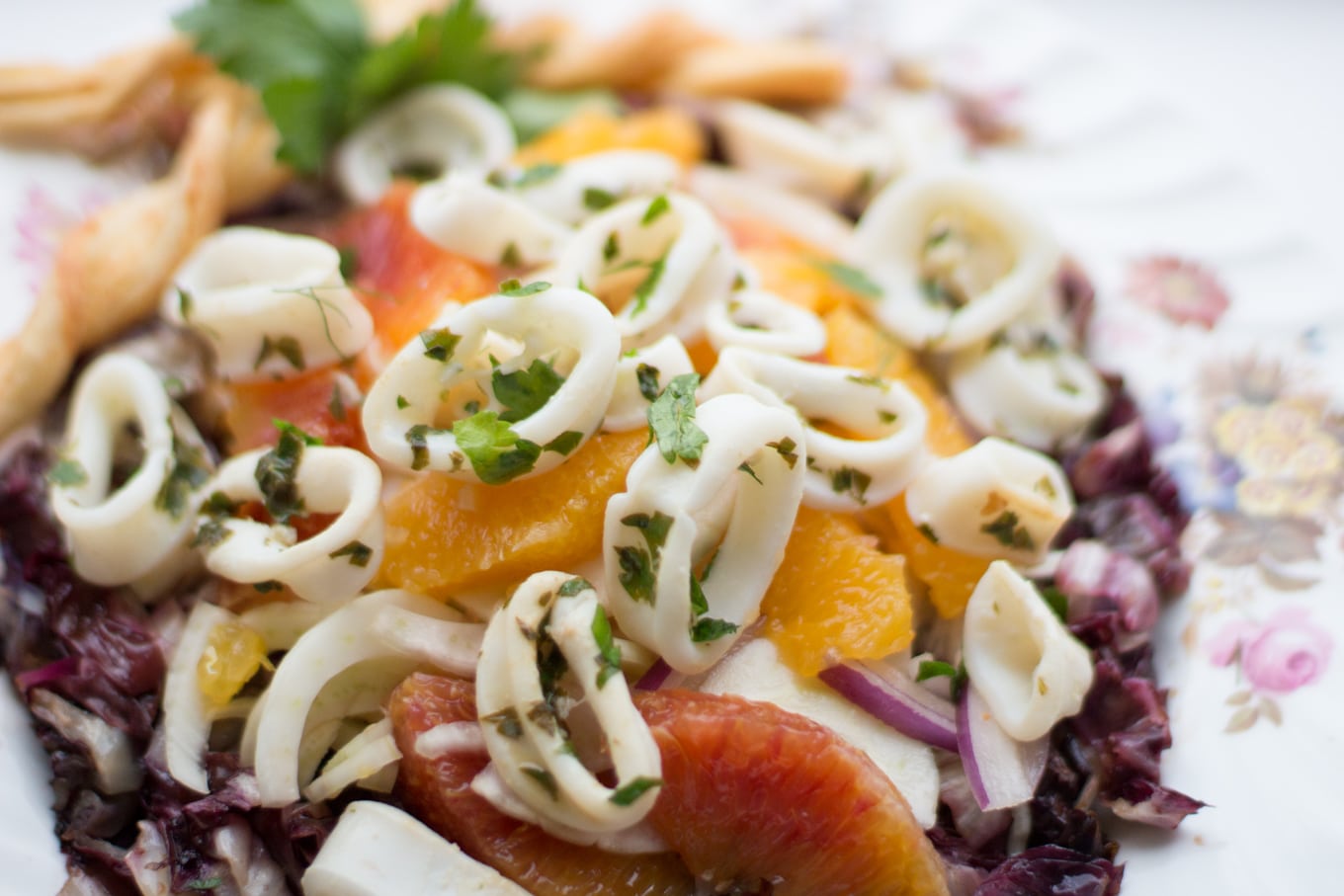 This recipe would serve one hungry person, two people for a light dinner, or 3-4 people as an appetizer or side. 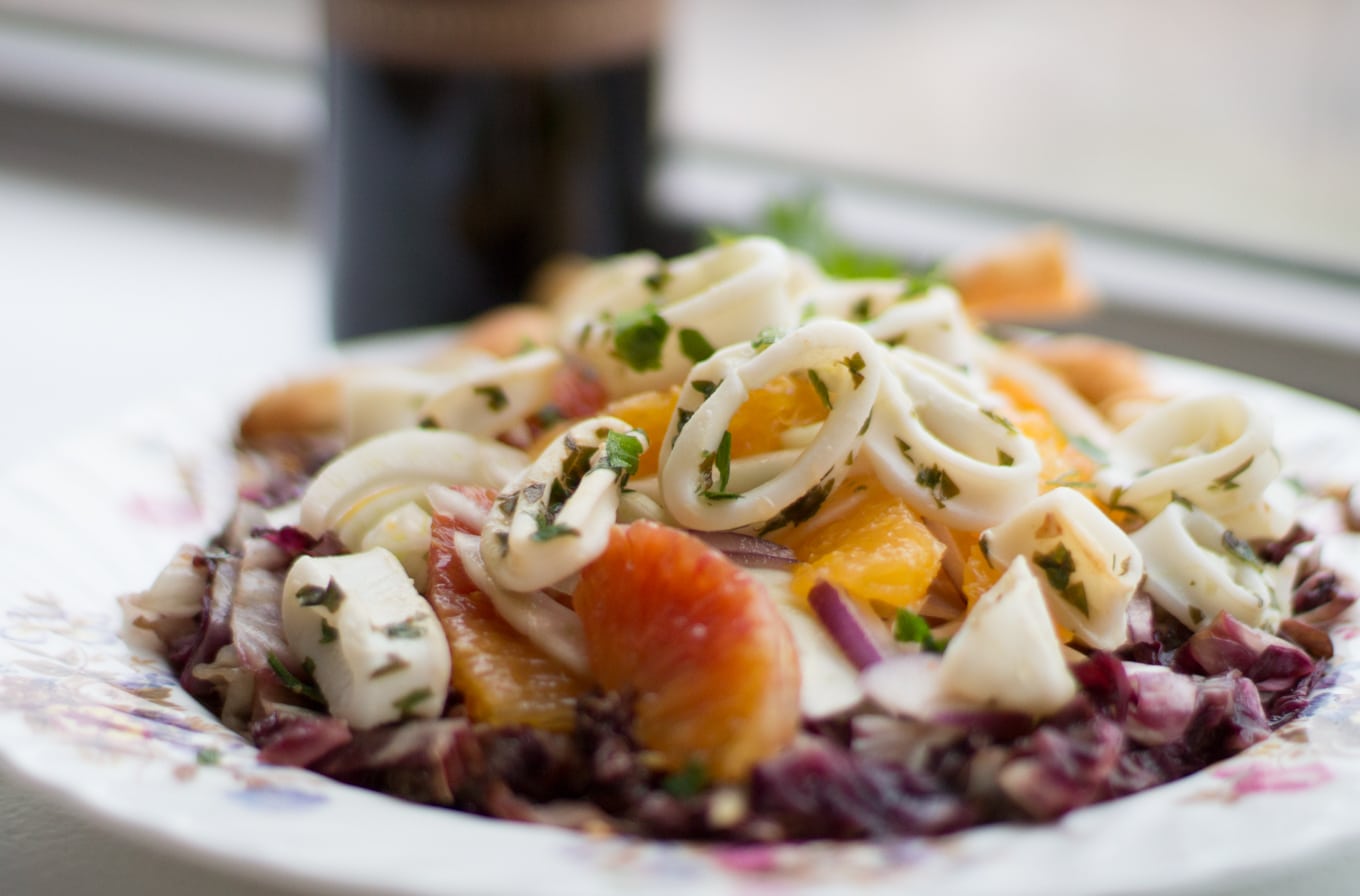 Don’t you love the colors?! 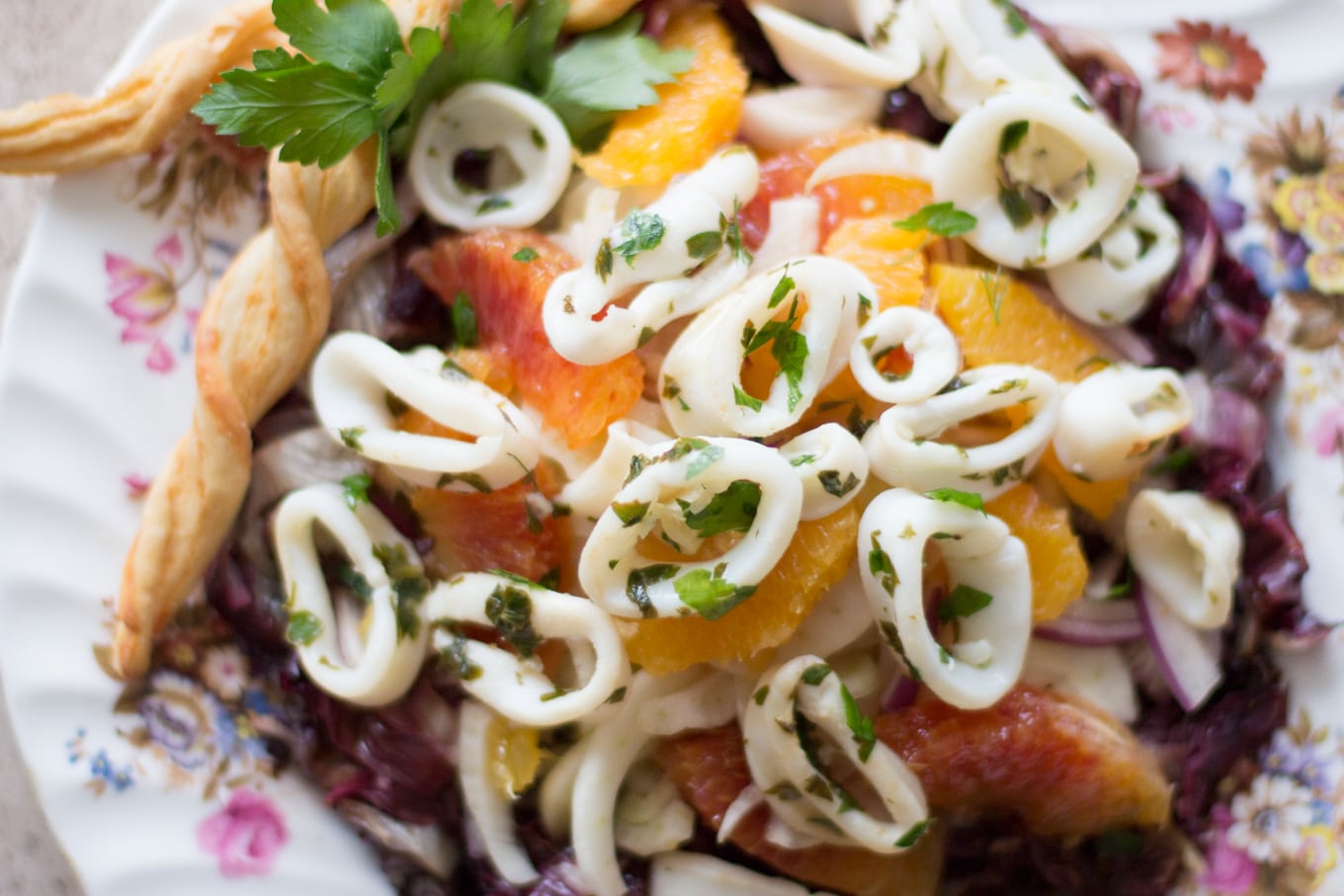 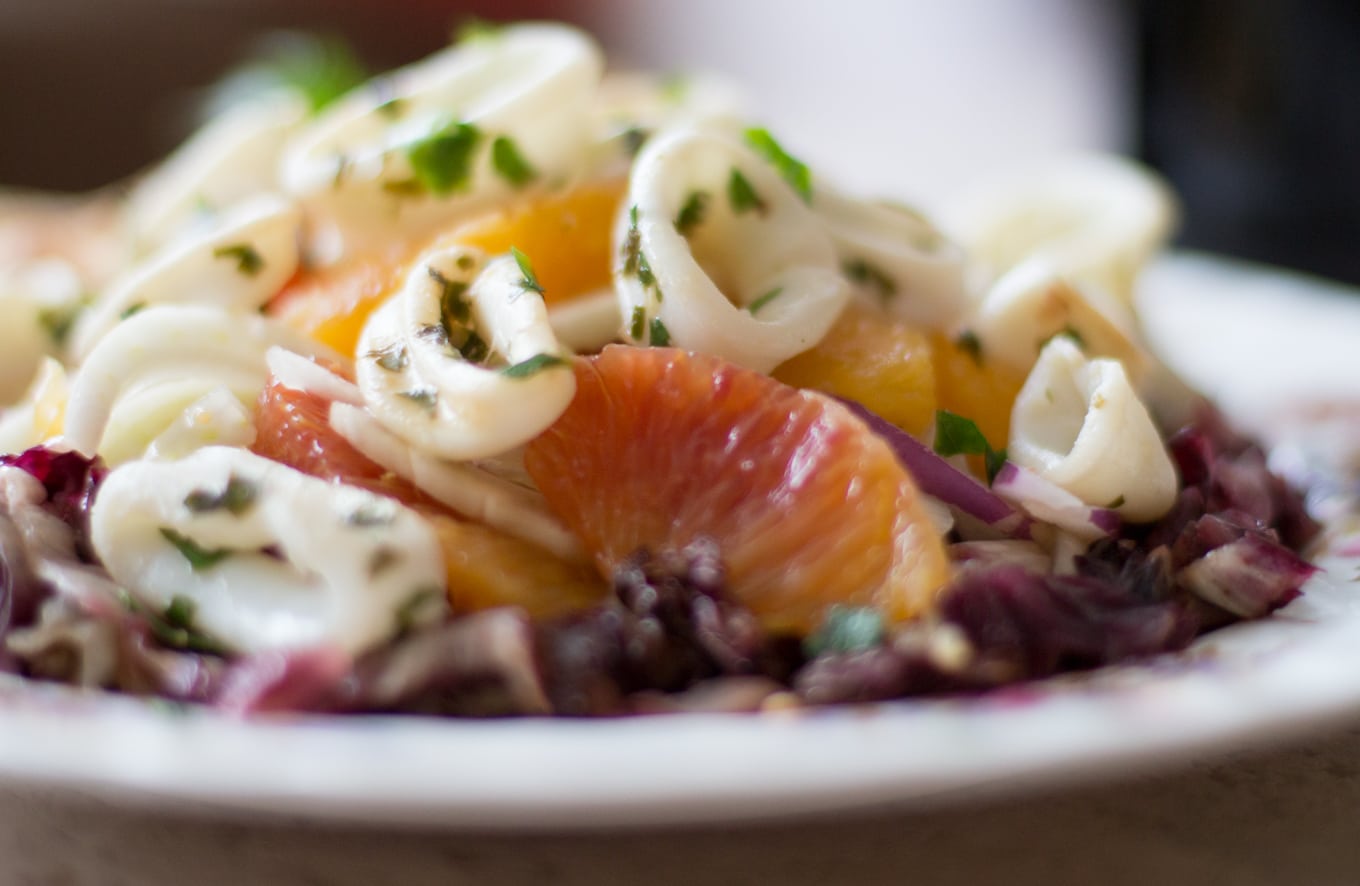 I always knew that fennel and oranges went well together, but I love the addition of calamari and parsley. Such a great match! 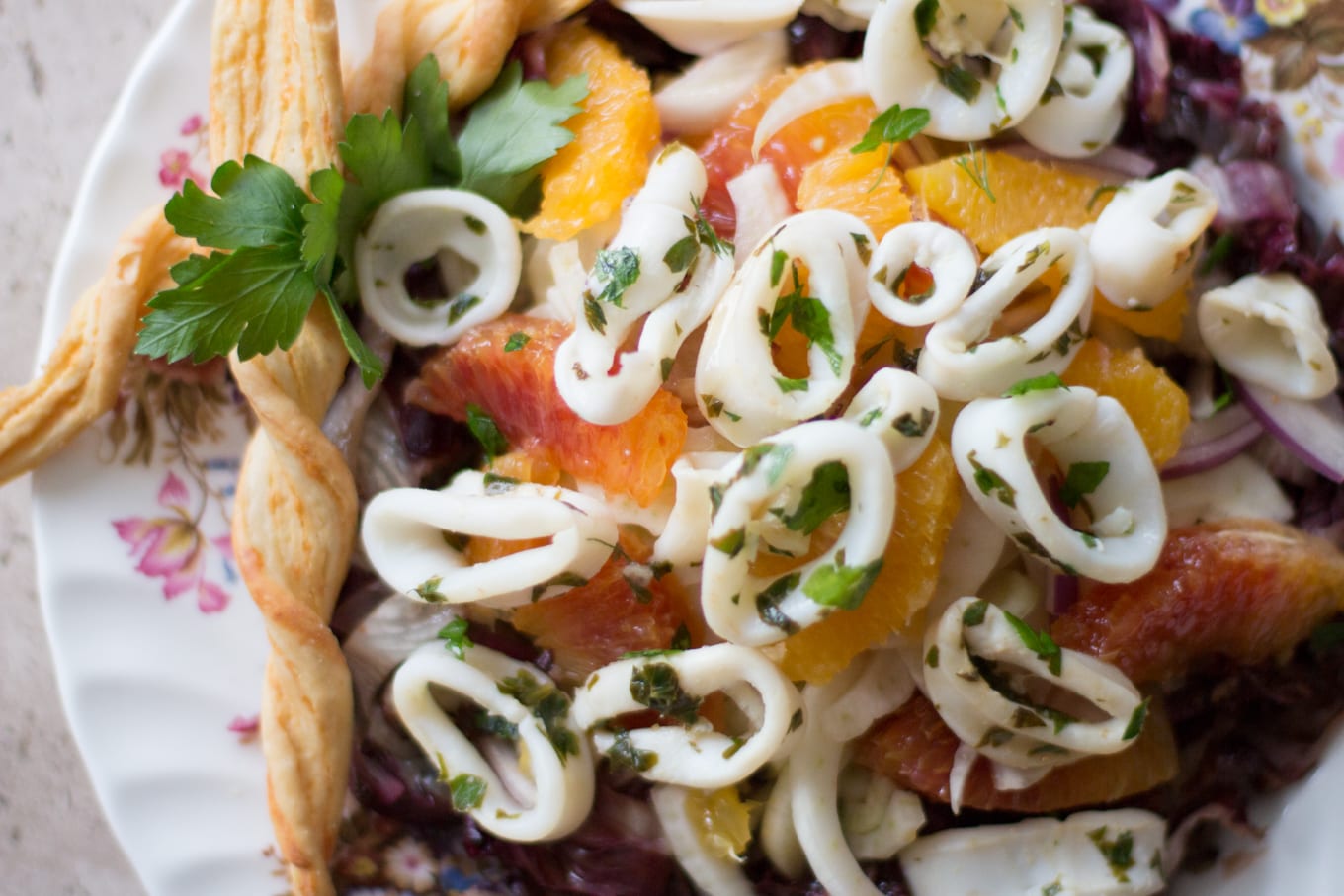 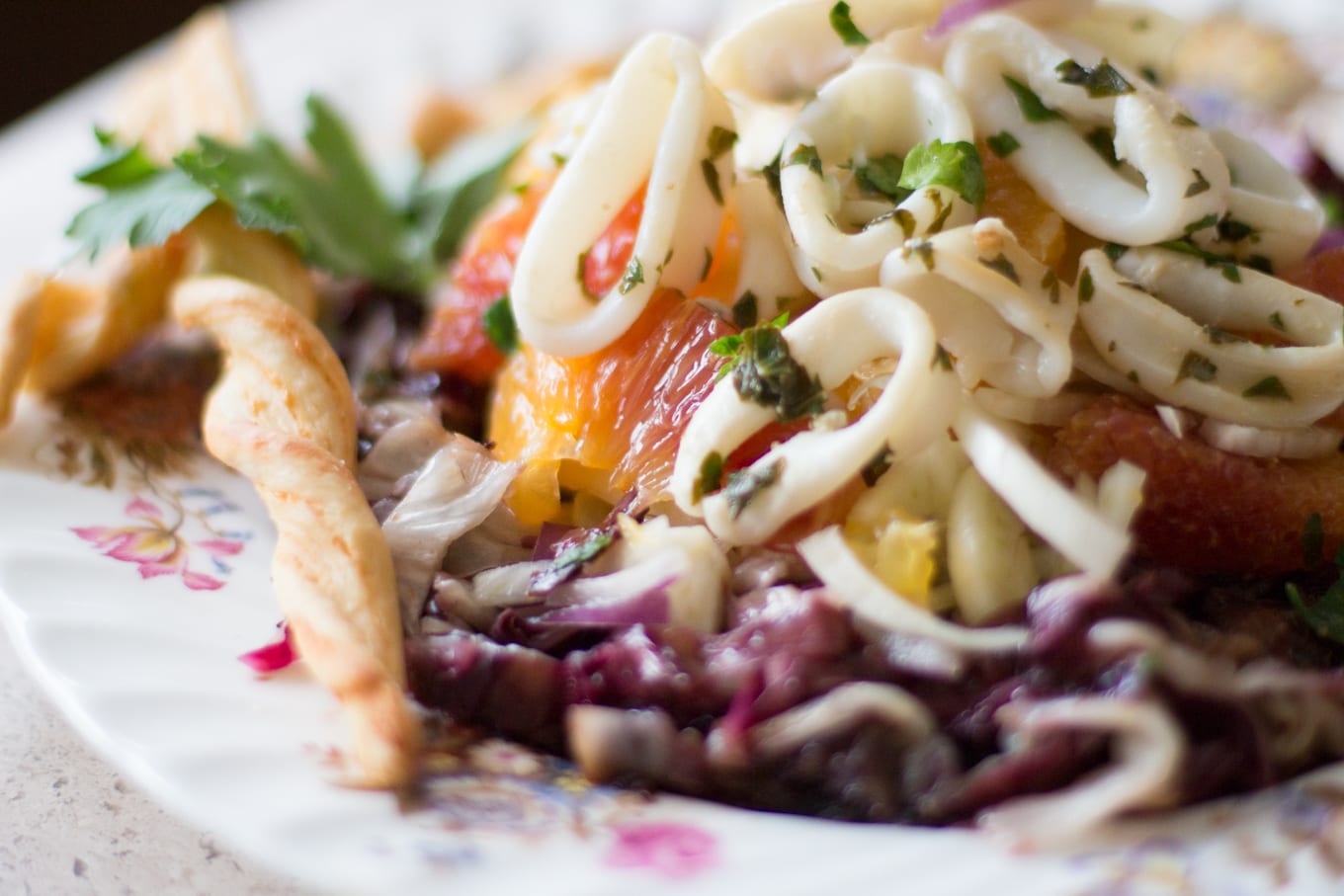 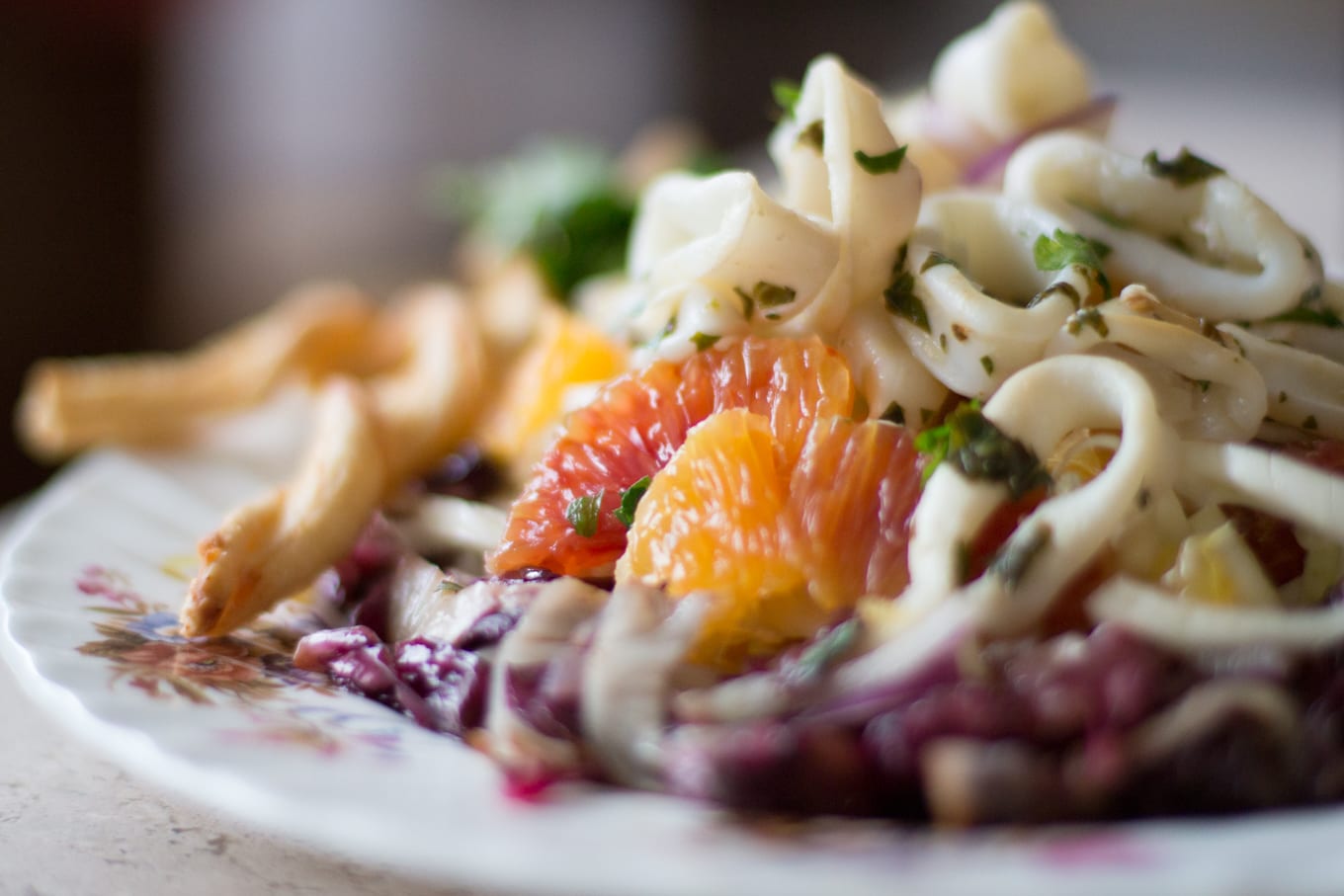 
Onesie Blues Because It’s The Cup