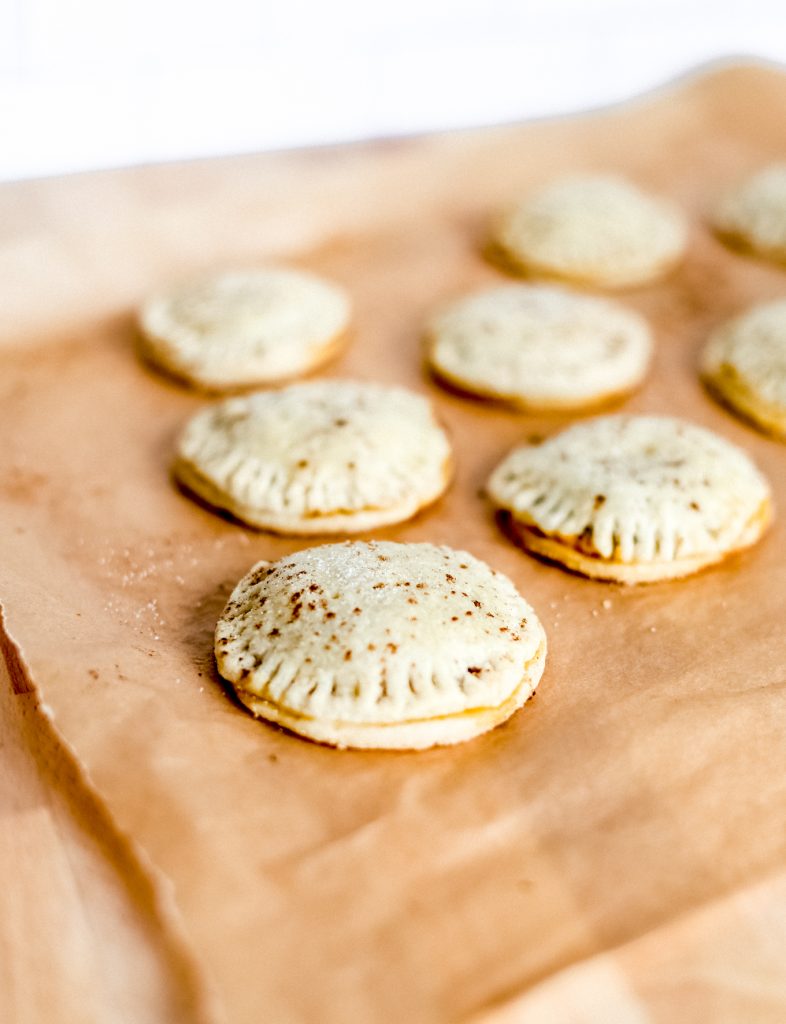 Happy October!!! I know it still feels like Summer today, but it looks like tomorrow’s rain will kick off the official start of Fall in Chicago. Low 60s for the next week? BRING ON PUMPKIN SPICE EVERYTHING!

And speaking of pumpkin, I’m so excited that I FINALLY reshot these pumpkin hand pies for you guys!! In case you missed it, this recipe is actually from 2012. Aka when I first started blogging and had absolutely no idea what I was doing. I think I took the photos on my little point and shoot camera. In our super dark dining room. On Thanksgiving. Oh boy.

Needless to say, this post needed a major facelift! Plus, they were fun to make again to get into the Fall mood. It’s like a little mini pumpkin pie just for you! I gave a bunch to Adam’s parents since I tested the recipe twice (Don’t use Trader Joe’s pumpkin! It’s too runny!) and they loved them so much, Adam already asked if I would bake them another batch this week. I’d call that a good review, right?!

How To Make Pumpkin Hand Pies

Honestly, this recipe is very easy – and a great recipe to make with kids if you don’t mind their hands getting a little dirty! They can help you scoop the pumpkin pie filling onto the pie crust or sprinkle cinnamon sugar on top of the pie! And as long as you have parchment paper down, cleanup shouldn’t be too terrible. Just don’t let them their the flour when you’re rolling out the dough 😉

Also, if you love to bake, you could certainly make your own pie crust. That being said, buying it pre-made makes this recipe SO much simpler, which is always nice if you’re making it during the busy holiday season.

And lastly, DO NOT use Trader Joe’s pumpkin for this recipe. It’s far too runny and it’s really hard to seal the pies without the pumpkin mixture running out of the sides. Trut me, you’ll get super frustrated. Libby’s 100% Pure Pumpkin or Thrive Market’s Organic Pumpkin work great though! If you want to grab something else, just be sure it’s ONLY pumpkin without any other ingredients. There are a lot of canned “pumpkin pie filling” options out there – you don’t want that!

Combine pumpkin, sugar, maple syrup, vanilla extract, pumpkin spice, and salt. Mix until smooth. Chill in the fridge until the dough is ready.

Bring the dough to room temperature and roll it out. (Have some flour handy so the dough doesn’t stick to your counter!) Use a glass or biscuit cutter to make rounds of dough. Once you have rounds from both crusts, combine the scraps and roll that out to get a few more! (I can usually get 22-24 rounds from 2 crusts.)

Take the filling out of the fridge. Spoon about 1 tbsp of pumpkin mixture onto a round. Top it with another piece of dough. Press the sides down with your fingers and then crimp the edges by pressing gently with a fork. Place on a parchment lined baking sheet.

Beat the egg in one bowl, and combine cinnamon and extra sugar in another. Brush each hand pie with the egg wash and then sprinkle with cinnamon sugar. Make a small slit in the top of each one or poke holes with a fork.

Bake for 25 minutes, or until the pies are golden brown. 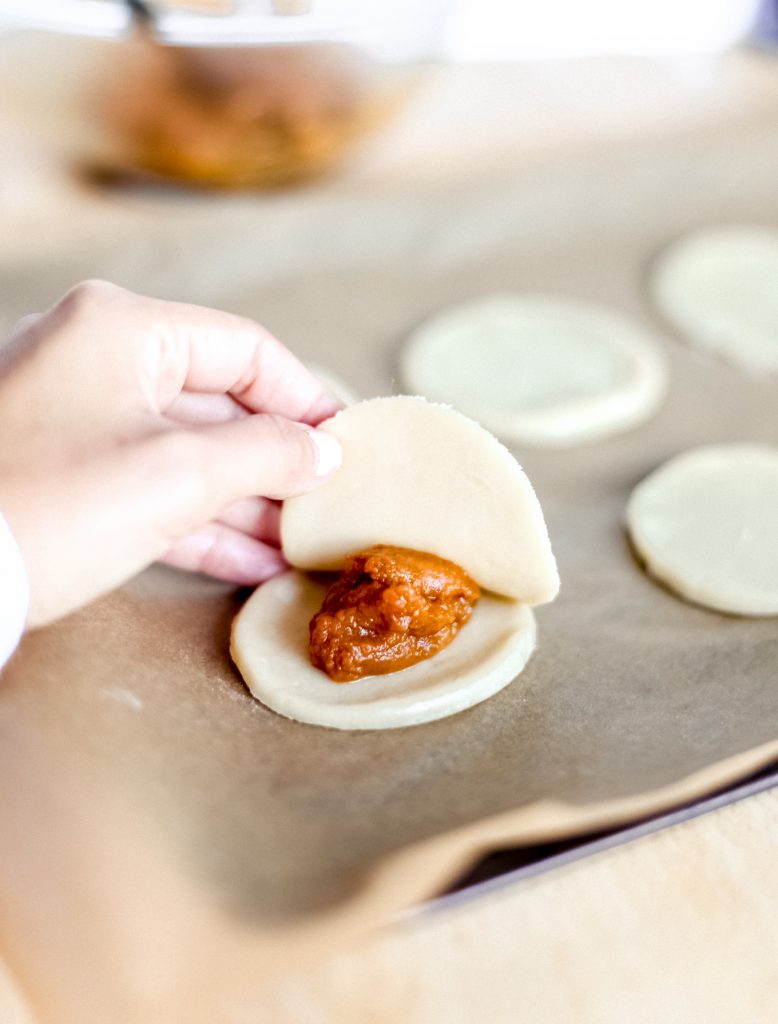 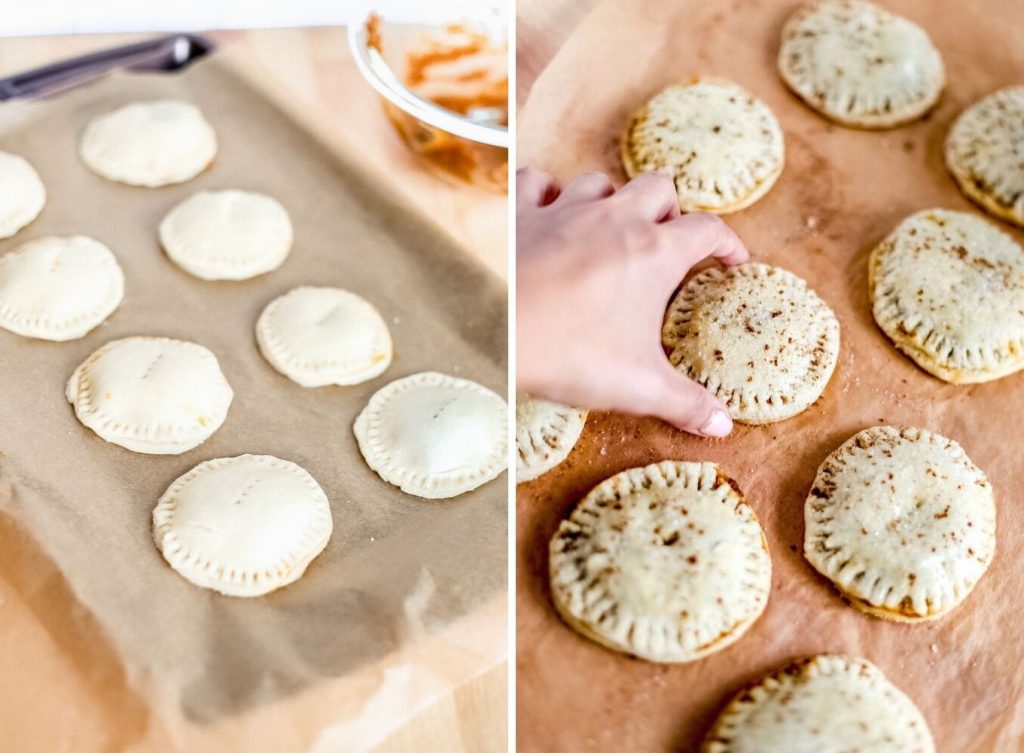 I decided to make these in 2012 specifically as a Thanksgiving dessert, but I’ve realized over the years that it’s great for any type of holiday party. Even just a girl’s night in with movies and wine!

Also, if we’re being completely honest, they’re also amazing with a cup of coffee. Think lazy weekend morning in a big sweatshirt, puppy snuggles, and You’ve Got Mail on the TV. Plus coffee and a pumpkin hand pie? LITERALLY FALL HEAVEN. 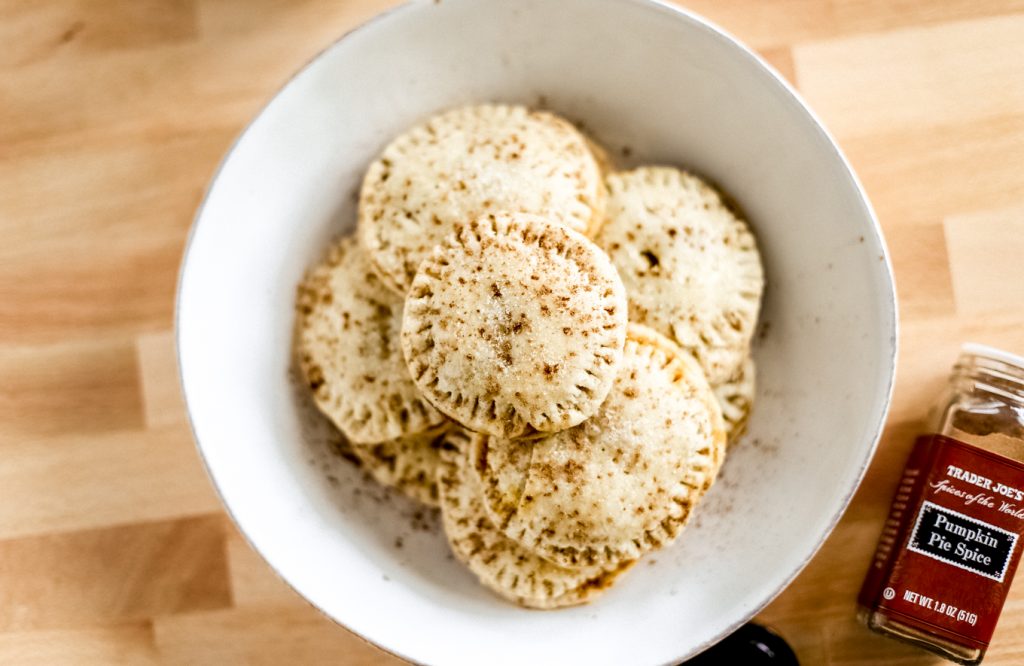 What other pumpkin recipes would you like to see this Fall?

I’m shooting pumpkin pasta today, but I’m always open to more suggestions! I’m also working on an apple crisp that I’m super excited about… hoping to have that recipe perfected next week for you.

And even though it’s a little early to start thinking about snow, I think I’m going to reshoot these Peanut Butter Snowballs this year, too! Peanut butter, chocolate chips, and powdered sugar? Pretty sure Adam won’t argue that combo in our kitchen 😉 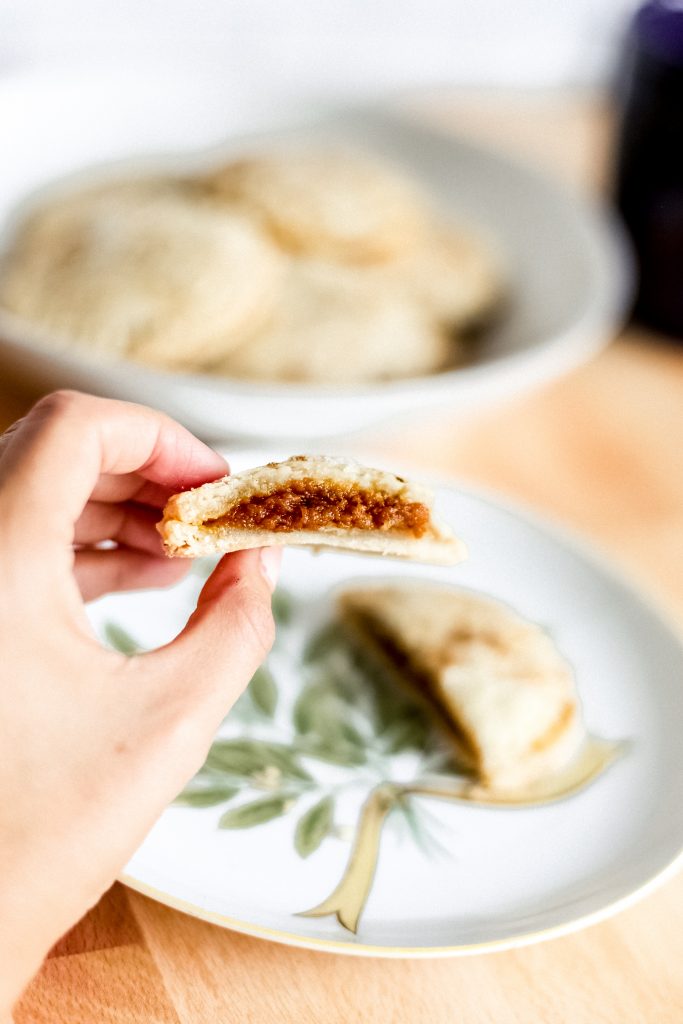 Want to remember this recipe for Pumpkin Hand Pies? Pin the image below! 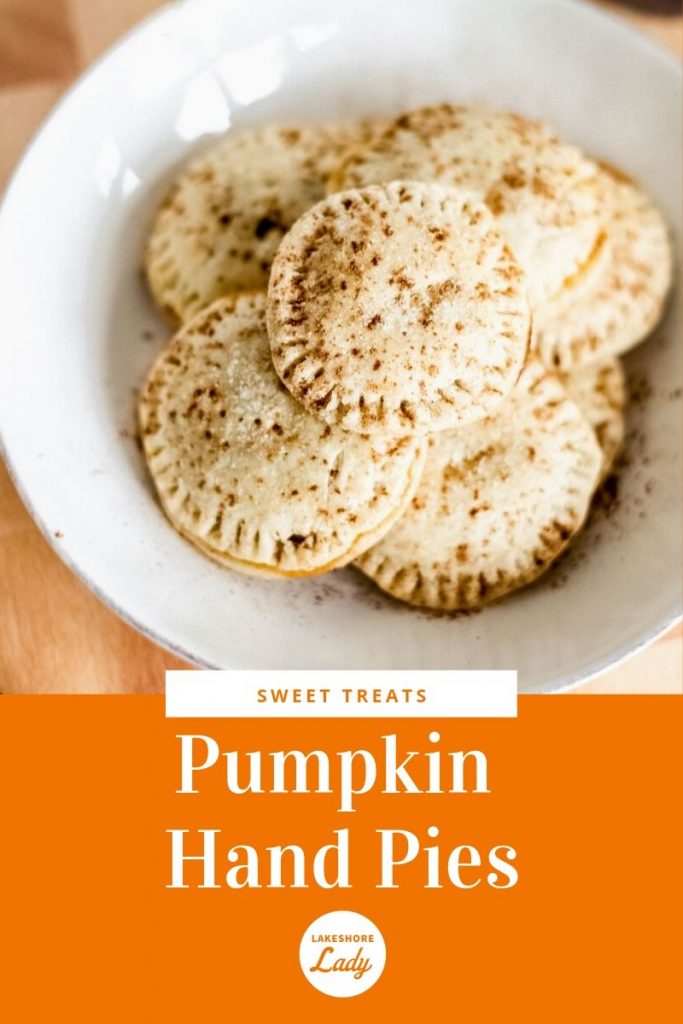